There’s something to be said about a woman who is powerful, and owns it. This “man’s world” fears an empowered woman, a woman with a sense of identity. At some point in our lives, we’ve all heard the phrase, “You fight like a girl!” used as an insult. Finally, it’s our chance to take it back. We WILL fight like girls, and kick ass in the process. Women everywhere are proving that they’re truly irrepressible, commanding the respect we deserve.

World renowned champion boxer turned firefighter, and now celebrity trainer, Jai Davis, is a more than perfect example of a woman who’s not afraid to prove the resilience of women to the world. As a natural athlete, Jai found her place in boxing by the time she got to college, easily demonstrating her inherent ability as a competitor, and one to be taken seriously. As a predominately “male” sport, there was little support for women in her career. Even though being constantly told she couldn’t, Jai fights to carve out her own place in history. With the help of a dedicated and tight-knit network of supporters, she quickly becomes one of the biggest names in women’s professional boxing.  Her natural talent shines through, allowing her to earn respect and accolades at even the highest international level, an undeniable accomplishment for anyone, especially a woman trailblazing a name in a “man’s” sport. As demand for the sport grew, she becomes accustomed to what it means to be a top competitor, keeping her dedication to succeed first in all things, gaining celebrity status. Learning to deal with the obstacles placed before her as a woman and refusing to compromise, Jai leaves behind an impressive legacy for many to come after her.

After her retirement, Jai naturally goes on to become a sought after personal trainer, with just 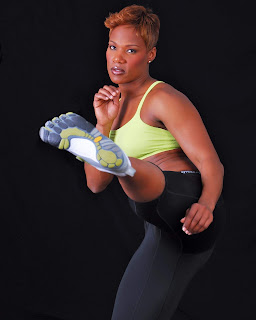 as much recognition of her natural ability to lead and help others work toward their fitness goals in a supportive and positive manner. However, she accounts more of her experience as a professional female athlete to be the period that prepared her most for her next major step: becoming a firefighter. Although she had experienced many different challenges as a female athlete, never had she ever faced the outright gender and sexual discrimination she would face as an openly gay woman in this field. As a competitor, it’s impossible to deny the titles one’s earned, yet in the workplace, it’s easy for a male superior to overlook or outright deny the qualifications or abilities of a woman. She had retired from boxing, but was still feeling the punches on a daily basis.

Rather than be praised, rewarded, and respected for her merits as men do, Jai found herself being faced with unbelievable resistance, from having to ask for “special permission” not required of her male counterparts, to even face to face confrontations with superiors. As she learned throughout her boxing career, learning to rely on her own intuition, she would oftentimes have to act against her superior’s demands; whereas a man in her situation would be considered to have great integrity, just like many other women in the workplace, she was considered “insubordinate,” or even worse, the “angry black woman.” She believes it boils down to the fact that “men simply don’t want to take orders from women,” regardless of their abilities.

Fighting on a daily basis to be viewed as simply an equal to her male co-workers, Jai has gone to great lengths to ensure the continued right of all women to be respected in the workplace. As far as the recent legalization of gay marriage, she relates that this may allow more social mobility, rather than within the workplace. She goes on to say that “no one should have the right to determine who should be allowed to receive their partners benefits,” especially when lifelong, committed relationships are questioned or regarded as less legitimate. Preferring to recognize others based on their accomplishments and values rather than sexual preferences, Jai is careful to express that everyone should be allowed equality. Although it may take small steps, marginalized women and especially those in the LGBT community will finally be able to be granted their long overdue equality and respect. 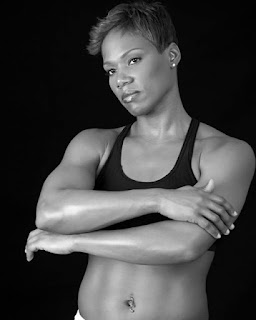 This inspiring woman continues to pour back into her family, friends, and community daily. In honor of her sister, who is battling the final stages of Lupus herself, Jai will be working diligently with the Lupus Foundation as a national spokesperson to help increase awareness and support for the disorder, such as aiding to increasing bone marrow donations, and further research. As an issue that’s near to her heart, she was fiery in describing her devotion to helping those that she can. She’ll also be taking on projects and initiatives with Kid’s Choice, speaking to young ones about cherishing their bodies and minds and self-acceptance. She understands the need to speak to the youth early, helping to develop a healthy mindset for the future. As a prominent member of her community, Jai looks forward to helping serve others; rather than feeling as if she’s “punching a clock or counting the hours,” Jai has been blessed to be given the opportunity to work in fields that she feels intimately connected to.

As phenomenal proof of the strength of all women, Jai Davis continues to “fight like a girl,” making lasting change in the lives of all she encounters. With a story as remarkable as hers, it’s surprising to hear her humble voice speak of her accomplishments; in all, she stands out as a fighter for us all. As an excellent role model, she continues to do the important work of helping younger generations of girls learn how to demand respect they each deserve, both in their relationships and the workplace. As a powerful example of what potential and dedication can accomplish, Jai will continue to be a source of inspiration for many generations to come. BBB~For more information on Jai Davis, Celebrity Fitness Trainer click here to visit Body By Jai! 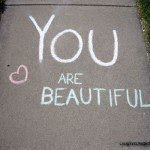 Become a FOLLOWER of The BBB & join a movement of amazing women that have NOW empowered themselves to live a BIG, BOLD, BEAUTIFUL Life!